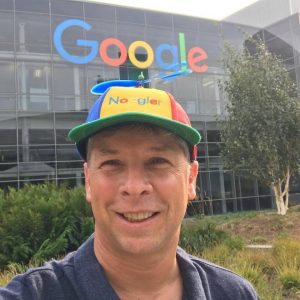 He said that he did not have an official title yet, but his position would “Help the public better understand Google search & Google better hear public feedback and improve.”

Presumably he might be doing similar work to Matt Cutts who retied from Google last year, except maybe he would not be in charge of spam department. Matt Cutts had been the face of Google in the SEO industry from around 2001 to 2016 and since he had left a few others had stepped in who are not as well known as Matt Cutts, but Danny Sullivan is a well known name in the SEO industry and this is why Google has hired him.

He announced on his Facebook: “Some news! I’m joining Google in a new role to help the public better understand how search works and help Google better hear public feedback & improve. When I retired from search in June, I thought I was done. But I’m excited about the opportunity to help both Google & the public connect better & improve search.”

We welcome this new addition and look forward to his public service.